I can't believe it is Thursday again so soon! and time for another challenge over at


Moving Along With The Times
The lovely Hazel is our hostess this week and has chosen the fab theme of ….


'Once Upon a Fairy Tale'
So we want to see Fairy Tale people on your cards…. Cinderella, Fairy Princesses, Red Riding Hood, Dragons etc. 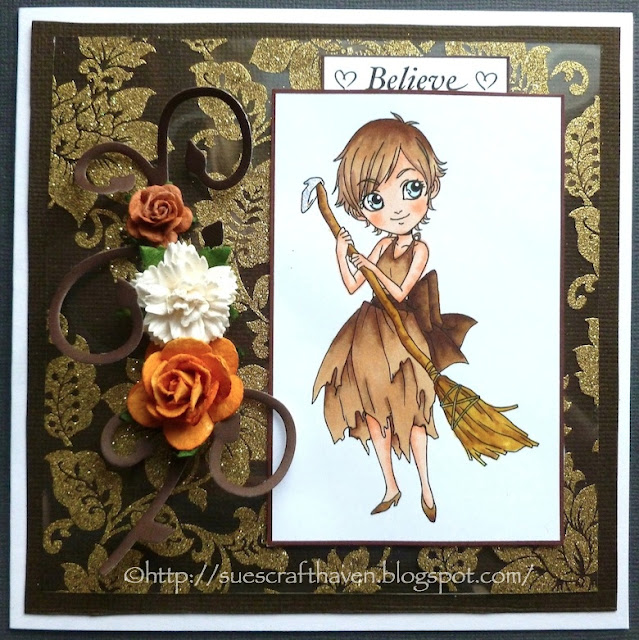 My favourite Fairy Tale has always been Cinderella because she never gives up hope, no matter how bad things get, and carries on believing that one day her Prince will Come… and of course he does and it's a happy ending! Sounds cheesy, and I know life ain't like that LOL !!! but I love the story.

I googled Cinderella and found this gorgeous stamp by Spesch Designer Stamps. I absolutely love this image and think it sums up the whole story. Notice she has the glass slipper on the end of her broom!! So she is just waiting for her Prince Charming to come along with the other shoe - awww!! 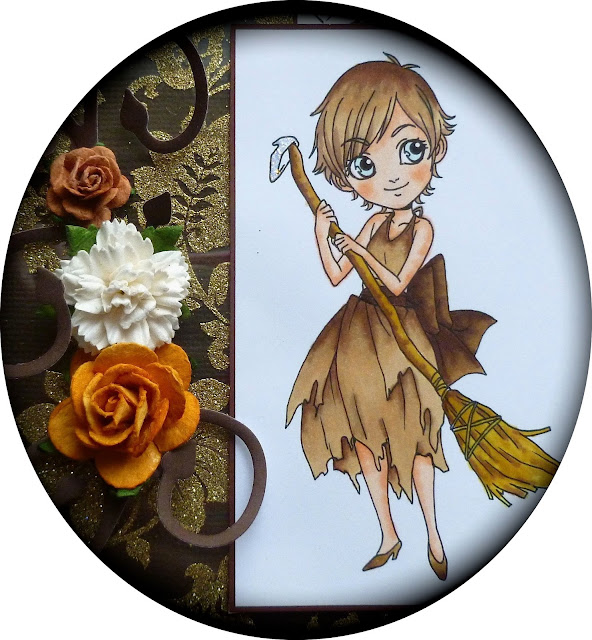 Colouring:-
Copics
Skin: E00, E02
Browns: E53,E25
Broom: E57, Y11
Eyes: Spectrum Noir - Cool Shadow
I tried a few different colourings but decided to go with the monochromatic colouring and focus on browns. And of course try and make the glass slipper sparkle like magic!
I've used my favourite shade of  'Coffee' Brown Card and put a sheet of my new Tudor Acetate Gold paper over the top. It's a first for me as I've never used acetate before!!! I had a mini panic attack over how to glue/fix it to card without it showing. So Googled some Tips and somebody suggested putting glue on back of patterned areas!! Now why didn't I think of that? LOL seems so obvious in hindsight.

The gorgeous flowers are from Wild Orchid Crafts. I think I need to go to Flower Arranging Classes though, because I faffed about with different flowers for about 2 hours!!! (I kid you not!!) and it's become a bit of a mental block. In the end I just plonked them on any old how because I was so tired!!! ROFL 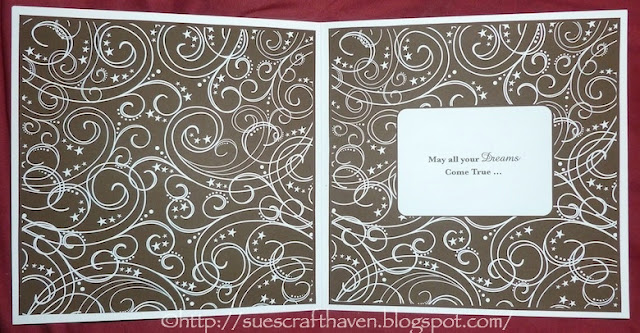 I've also decorated the inside of the card with digi paper from Pink Petticoat called 'Sprinkled with Twinkles.' I've added my own Sentiment on computer.

We are sponsored this week by 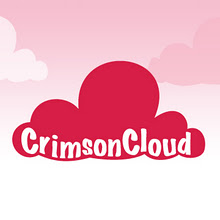 Crimson Cloud is a mother/daughter venture - a way to indulge our joint passion of cardmaking and crafting. We only sell products that we have tried, tested and love using. We have developed our own exclusive range of dies cuts, digital stamps, svg files and "Make Your Own Card" kits which reflect our styles of card making - and hopefully yours too!

..... and they are offering a very generous prize of 3 packs of Die Cuts from the store (Winners choice)

Don't forget to pop on over to MAWTT Website for more details of the challenge and to see all the fabulous creations my teamies have made!!

I have to confess that I have never been that keen on fairy tales, but really enjoyed making this card, and would like to do another one soon. I do love Disney's Beauty and the Beast and hey, it's not too scary!!! I've always been terrified of Hansel & Gretel, ever since i went to see a play of it as a child. They had a witch that flew across the theatre and boy was she ugly !!! She tried to shove those children into the oven like she was baking a batch of muffins!!! Also they had a Sandman in it. He was SO creepy!! Green all over and quite sinister. He used to appear in the middle of the night and when you heard him doing his little shuffle in the sand you knew that he was coming for you!!! I couldn't sleep for about three nights and I was about ten years old too!!! LOL - such a sensitive child !!! hee hee. Ten years later I went to see the film 'The Entity' - and couldn't sleep for about a month!!!


I would like to enter this card into the following Challenges:-

Wow gorgeous card Sue! Love the beautiful paper and the image is lovely.
Now i am going back to bed!
Hugs xx

Hi Sue , I absolutely love your girlie card with all her glitter and sparkles, and that image is adorable.
Hugs Cheryl

Hiya, Ah this is super Sue, Love it. I had to google fairytales too as didnt know what to do (I blinking set the theme before thinking!!!)
Love your colouring, its brilliant.

oh this is so pretty Sue,, i love the image .. especially the glass slipper dangling on the end of the broom!
The brown colour scheme is gorgeous as are those sparkly papers... i am sure this cinderella will find her prince charming.. Beauty and the Beast is one of my favourites... as is the Ugly Duckling..
I am always getting told i live in a romantic story book world lol.. i wish!
Lisa x

funny post, I just see little Sue sitting in that theatre and being scared to death :)
Wonderful card, I really love it, Sue! Cinderella is my fave tale too!
Hugs, Alessandra

Oh Sue this is a fabulous card! I didnt notice the glass slipper until you told me! So lovely and sparkly! I really love the acetate as well, a perfect card! I even like the flowers that you just "plonked" on!!! Pami x

Oh Sue this is a fabulous card! I didnt notice the glass slipper until you told me! So lovely and sparkly! I really love the acetate as well, a perfect card! I even like the flowers that you just "plonked" on!!! Pami x

Stunning card Sue.
Love the image and the acetate is lush!
Have a fab day.
Debs xx

Super card Sue!
thanks for joining us at Craft your Passion this week hope to see you next time too
hugs
Laney GDT

Hi Sue, She is a lovely Cindarella and you've chosen perfect colours for her and your " plonked" on flowers look fab! I used to like ghost stories as a teenager(Like you do) and read a book called "The Entity" when I was about 18 and if it's the same thing as you saw, then no wonder you couldn't sleep for a month! I remember the book, even now! Big Hugs, Teresa xx

Just Fabulous! Your colouring of Cinderella is Gorgeous Sue! What a cutie this image is. LOVe LOVe your paper and accetate lol. Flowers?......Perfect!!
Chrissyxx

wow this is stunning sue.i love the image and your colouring and design is fantastic ;D

Ooh...so pretty Sue and I love the colours too hun...

Oooh Wow!! This is so gorgeous!!

Love the colours, design, image and your colouring rocks.

oh wow hun this is just amazing oh the image the layour colors,and detail is fantastic hun gosh you are talented,hugs cherylxxx

Fabulous card the colours are devine and Ilove that paper.

WOW, WOW, WOW, Sue! Your card is so beautiful! What a gorgeous image and your colours and colouring are fantastic! And the acetate sheet is so elegant! Absolutely gorgeous!!!! Hugs Delphine xx

Thank you for joining in the Handy Hippo Prize draw .. .. good luck.

Your card here is lovely .. .. in fact your whole blog is gorgeous!!

Gorgeous Gorgeous Sue! Such A Lovely card! Your image is just Darling and Love the Elegant dp's you paired with her! Wonderful embellies and your Sentiment is Perfect! Love this!

This is gorgeous Sue, I love the image and your colouring is beautiful.
Pauline
x

This is stunning Sue. The image and paper is gorgeous. Sorry I haven't been around. Just got my craft room built and my boxes unpacked after my move. Made my first card today. Hurrah!!!

Gorgeous card.Fab colouring and there is nothing wrong with your beautifully arranged flowers.Thanks for joining us at Craft Your Passion. Hope to see you again next week :D
Lisa x

Just stopping by to wish you good luck in my candy drawing later today. Thank you for participating again. :)

Have a great sunday!
Warm hug!

Really beautiful! Thanks for playing in the challenge at Tuesday Throwdown this week.
NanaConnie TT DT

Sue B
Hi, I'm Sue, Welcome to my Craft Blog. I'm 57 and a very proud mum of one grown-up daughter. I suffer with degenerative disc disease and other illness, and find that crafting when I am able, helps focus my mind away from the pain. I also enjoy Genealogy, Reading, Music and History I hope that you enjoy visiting my website and will come back again, and you are more than welcome to become a follower!

Proud to Design for MAWTT 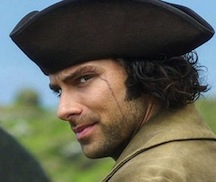 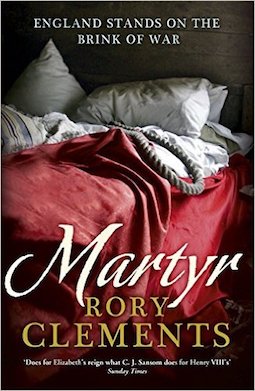 I am a Member of The Tudor Society 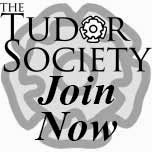 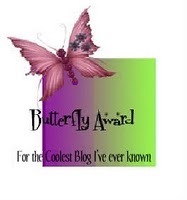 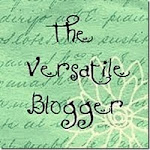 Where I Love to Shop